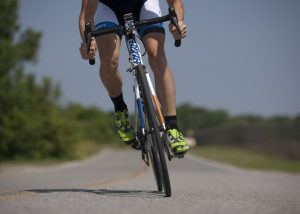 The meeting starts at 10 am and some of the country’s top endurance cyclists are expected to compete for honours. Corne Bence, president of WC Cycling, said WC Cycling is very excited to be holding the event in the Western Cape.

The national track championships are split into two meetings – the Omnium in Paarl this Saturday and the rest in Pietermartizburg from 20-24 March.

Bence expects exciting racing, as the Omnium comprises five races in which every rider must compete. The cyclist which performs the best in all five will be crowned the champion. The different categories are: under 17 boys and girls, juniors, ladies, men under 23, elite, and veterans.

Some of the country’s top riders will be vying for the honours, as they also have the chance to score UCI and Olympic qualifying points. Bence says he hopes they will get enough entries, as the Omnium is a very tough competition and a rider cannot choose a race, he has to do all of them.

Bence reckons the best endurance athlete will prevail, as stamina is of critical importance in this type of racing.

Bence is full of confidence that they would make Western Cape sport proud by walking away with the most medals and expects most entries will come from the Western Cape.

Bence also proclaimed himself very happy with the way the arrangements are coming along. He says Cape Winelands is WC Cycling’s partner in organising the event. He singled out Zane Parsons, Elrich Kulsen and Ian Goetham for their hard work and said he was full of confidence that they would host an amazing meeting.