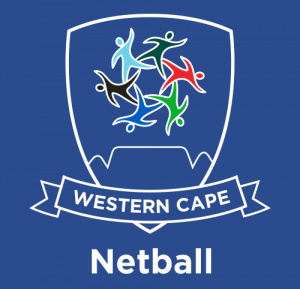 The Lockdown has hit Western Cape Netball hard, but its president Bennie Saayman promises that they are putting measures in place to ensure they are ready to resume competitions as soon as they are allowed to.

WC Netball is a member of the Western Cape Provincial Sport Confederation.

Tannie Bennie, as the president is affectionately called, says the netball fraternity heeded the call of the country’s president to put a stop to all sporting activities.
She says it was their duty because peoples’ lives are at risk. They also take guidance from Netball South Africa regarding the Lockdown.
The Western Cape has two teams – the Southern Stings and the Tornadoes – in the Telkom National League but the tournament had to be postponed. Saayman says they were looking at postponing the tournament to August or September but now it all depends on how quickly the ban on sporting activities is lifted.
She added that the president of Netball South Africa said the tournament would definitely take place, even if it is in December only.
Meanwhile, they are ready for the national championships that is supposed to take place from 3 August in Stellenbosch. It has not been postponed yet and the netball community is hopeful that it would still take place.
Two national junior tournaments that were scheduled for June, the under 18 and 19 national championships, would probably be cancelled.
Tannie Bennie says the players are itching to get back on the court. All of them have individual training programs that they have to follow at home, and they have to send progress reports and feedback to the coaches. She says Cape Winelands is planning a Skype meeting soon so that they can do some planning and the other districts are doing the same. Planning for when the respective league competitions can start again is a priority.
But again, it all depends on when sport bodies get the green light to resume competitions.
Tannie Bennie said they want to use technology like Zoom and Skype as much as possible to communicate with their districts and clubs but not everybody has access to the required technology. She pointed out that in Overberg and Central Karoo a lot of the administrators and players are farm workers and they find it difficult to access technology.