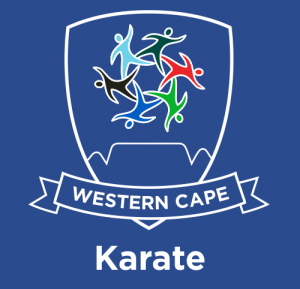 Karate is back after the sport received the green light from the Minister of Sport, Arts and Culture to resume training. But according to John Daniels, president of the Karate Association of the Western Cape, a member of the Western Cape Provincial Sport Confederation, they will return cautiously.

Mr Daniels lamented the challenges encountered during the lockdown brought about by the Covid-19 virus but expressed his happiness about the fact that his sporting code is on the comeback trial.

He explained like most sports, karate was basically shut down completely and because some of their activities are non-contact and others are contact it made it extremely difficult to continue operating. Right through up until level 3 all their clubs were shut down.

Meetings and administration, however, continued. The president explained: the way our structures work is we have got a provincial structure and five out of the six regions of the WCPSC are represented on Karate WC. So, we continued with our meetings as scheduled and the expectation was that the regional presidents would continue with theirs as well.

At Karate SA level we had more frequent meetings the last couple of months, specifically with the idea of getting ready for opening whenever we got the go ahead from the minister. The meetings were held online and continue to be online because we want to keep everyone safe and not take unnecessary risks of infection.

According to Mr Daniels the permission to resume training is applicable to just the non-contact disciplines, so no sparring – which requires contact – is allowed yet. Our understanding has been that we can start training, but we are not allowed to have contact training and obviously you have to have the physical distancing of at least one and a half meters between persons in a class.

We have gone as far to say we will maintain a 2 m distance all around each participant in the class and there will be no sparring. Then there are the usual things which is required by the Level 3 regulations – no club is allowed to open until they have been given the go ahead from the Karate SA compliance officers.

It is actually quite a daunting task because in Cape Town we have got more clubs, but the distances are shorter, whereas in the other regions we have fewer clubs, but distances are bigger. So, I am expecting each one of these regions to come up with legal and innovate ways to comply to the regulations but it was going to require a lot of thought before a club can reopen.

As far as the resumption of competitions was concerned, Mr Daniels said they are not there yet, as clubs that are compliant can only open for training. Karate SA has no competitions planned for the rest of 2020. Clubs, however, can arrange online competitions, as they are allowed to do that. Karate WC emphasises that the permission is only for non-contact training.

Mr Daniels says a lot of work has gone into preparing their submission to the Minister, so there was not really time to discuss the approval with the karateka. He was impressed though with how they found innovative ways to keep active during lockdown.

They have zoom sessions with their instructors but without coming physically into contact with each other and that has been doing the rounds for a while and was continuing as no club has reopened yet. The president, however, expects applications for reopening of clubs to come through soon as clubs receive their compliance certificates.

He says it was important to adhere to the disaster regulations and requirements, as they want people to be safe. They want them to train but they need to do it safely. Karate does not want to add to the infection rate in the Western Cape, so everyone must be safe.