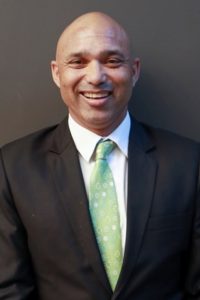 On Sunday 19 October 2019 the Cape Town Sports Council held a Women in Sport Workshop at Crystal House in Ottery and it was attended by delegates from 25 sports federations.

Elton Davids, chairperson of the Cape Town Sports Council, says the goal of the workshop was to discuss the new national draft policy for women in sport. “The attendance was not as great as anticipated and I was disappointed about that, but you have to work with what you have.

“The meeting was held in a positive spirit and the delegates were tasked to go away and come back on a date that is yet to be determined with proposals on how to make their particular sport more gender inclusive.”

Davids added that the aim was for all the Western Cape districts to get together on 23 November to devise a Western Cape plan for women in sport.

He told delegates on Saturday that the workshop would be working through some of the things they as a sport council envisaged should come out of the meeting, particularly with regard to awareness about the new national draft policy.

He also mentioned that:

# Awareness should be raised about gender imbalances within the sport federations, and delegates should have discussions within their federations about the lack of transformation in terms of the women sector because that is sorely lacking both in terms of administration and players’ commitment.

# Delegates were supposed to come with 5 to 10 solutions on how to make their sport more inclusive.

# Delegates should discuss how to increase women participation in sport. “How do we increase representation in both decision-making and leadership? How do we increase equality in sport, from a coaching perspective, from an administration perspective and a teaching perspective, how do we eradicate gender-based violence, whether its male-on-male, male-on-female, female versus female – violence in sport is not on. How do eliminate gender stereotypes, how do we create more media exposure for sport, how do we create a bigger structure for sport in the Western Cape and more specifically Cape Town?”

# He asked what the current state of women in sport was and explained it was a lack of leadership, lack of positions both at district and national levels, that both excos are male dominated and asked why? How do we change that? Those are the questions you need to answer, he told delegates.