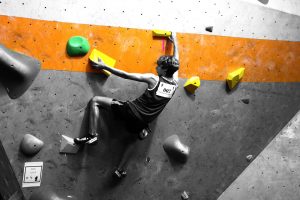 Western Cape Climbing is ready to host the best of the continent at the African Championships from 17 to 20 December at City Rock in Paardeneiland.

The tournament serves as an Olympic qualifier and Western Cape will be strongly represented in the South African team, with 4 males and 4 females vying for the African crown.

Only one male and one female will qualify for the Olympic Games in Tokyo in August next year, so competition will be extremely tough.

Chris Naude, president of Western Cape Climbing, said they are privileged to host the competition and thanked the City of Cape Town and the Department of Cultural Affairs and Sport (DCAS) for their contribution in making it possible. Without them it would not be happening. The City of Cape Town came to the party in a big way and we are very thankful for their support and also that of DCAS.

Chris said he was very proud of all the athletes who will be competing, but particularly so of the Western Cape athletes. They all worked so hard to get here. They were better prepared in March when the competition was supposed to happen.

They all peaked in March, which was quite a challenge for them. The gyms were closed for quite a period during lockdown and the climbers had to move their training outdoors and even that was not allowed, so I would say they are not as prepared as 6 months ago.

Having said that though, it is the same for everybody, so it is still a level playing field, as none of them were allowed to train during lockdown. Now they are all back, so we are probably not going to see the kind of performances we are used to but that should not affect the competition.

We expect a tough competition, as only 1 male and 1 female from Africa will be traveling to Tokyo. Altogether only 20 male and 20 females will make it to the Olympics, so there is no room for error. To find out more about Climbing in the Western Cape visit https://www.westerncapeclimbing.co.za/